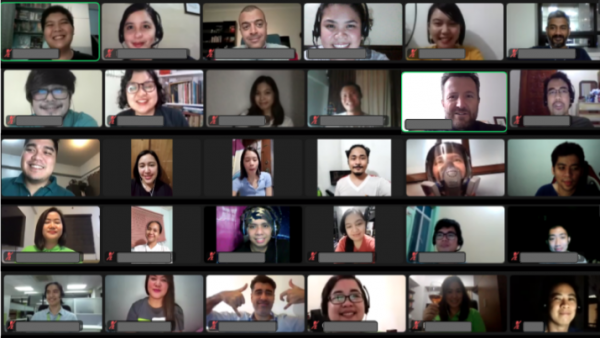 Eastvantage officially kicked off its 10-year anniversary celebration in October’s Eastvantage Assembly (EVA), aptly themed: Continuously Evolving since 2010. Adapting to the new normal of 2020 where the bulk of the workforce is working from home, the anniversary event was held online as a month-long celebration filled with activities, prizes, giveaways, and donations. The EVA was attended by more than ten dozen employees, and talked about the continuous evolution of the company’s departments, from the milestones they have achieved to get to where they are now to what’s in store for the future.

Eastvantage has an annual Corporate Social Responsibility engagement. 2020 has made the yearly gathering of Eastvantage employees for a care fair event impossible, but it did not stop the company to aid those who are in need. As with many other events for this year, we have looked at things from a different perspective.

With most of the workforce working from home, there are a lot of desktop computers that remain unused for months in the office. For this year’s CSR, named Reuse IT Project, we have partnered with a non-profit organization to refurbish Eastvantage’s used computers, laptops, projectors, and other devices to aid online learning in rural communities.

In addition to the CSR partnership that refurbishes desktop computers instead of them going to waste, the Go Green initiatives of 2019 are still in place for the other activities of the anniversary celebration. All materials for the anniversary event are being published online with zero-waste generation. This year, Eastvantage also launches a Reuse-Recycle-Raffle. The slightly-used electronic devices left behind in the office have been raffled off and won by lucky employees – including one of the flat-screen TVs from the meeting rooms – to give them new homes. 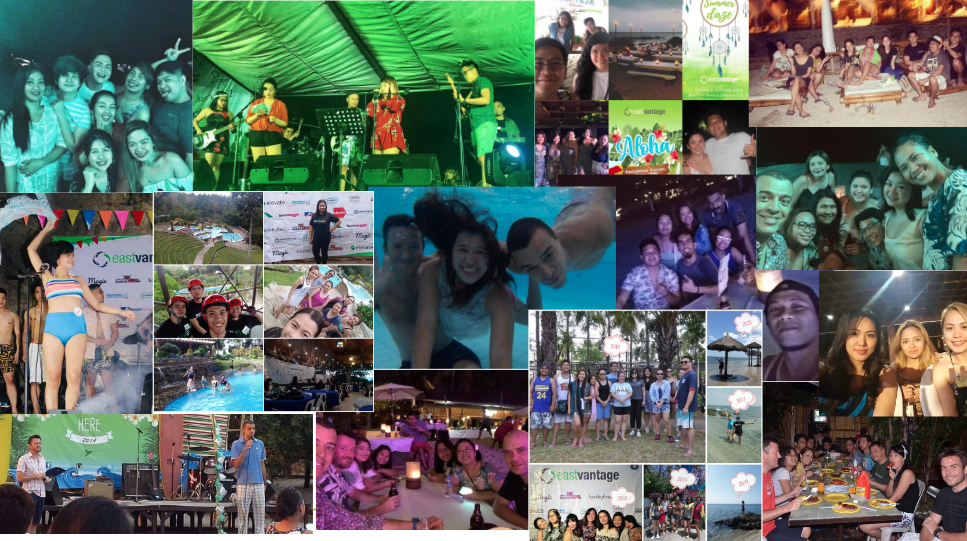 The online activities were successfully held via the Eastvantage Facebook group and were filled with fun contests and nostalgic topics. One of the most anticipated was the anniversary Lip Sync video of Eastvantage associates to Bruno Mars’s “Just the Way You Are,” which was the number one song in the airwaves when Eastvantage was founded. Throwback Thursdays of past corporate events, a Glow Up Challenge, and Top Ten Lists that are distinctly Eastvantage gave members the chance to participate, reminisce, and gain more raffle entries. The yearly talent showcase, Eastvantage’s Got Talent (EVGT) was also held online, where the associates shared their videos showcasing their talents online to the EV community.

There was also a weekly online talk show where the company’s tenure associates, it’s pandemic response team, as well as the most resilient employees, were interviewed to share their Eastvantage story. A culmination event was held to announce the winners of the activities, and showcase the videos and photos depicting the decade-long history of the company so far. The Service Milestones were also held to recognize the associates who have stayed with Eastvantage for the longest time.

The 10th year anniversary of Eastvantage is truly one to remember! We dedicate this celebration to the resilience of the Eastvantage associates in their ability to continuously adapt and evolve to provide operational excellence to our clients – giving true value to our meaningful jobs. We celebrate this anniversary by giving back to the EV community and beyond.