5 Advantages of ASEAN Integration in the Philippines 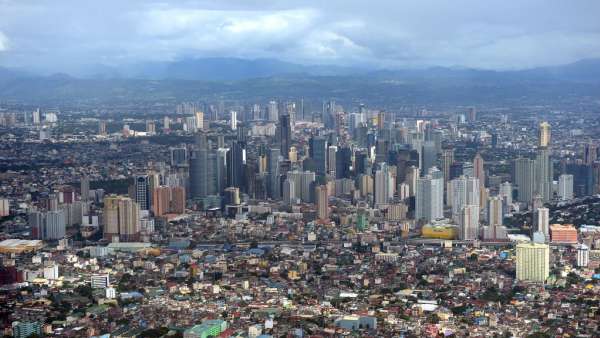 Last November 2017, ASEAN celebrated its 50th anniversary and the event was attended by leaders from around the world. Apart from the event’s success, it’s important to understand that ASEAN isn’t a mere organization for leaders to get together and make merry. It’s about the betterment of the people and the economy. Here are other reasons why the ASEAN is helping boost our economy more than you think:

1. Easier and cheaper travel options for everyone

Of course, it only makes sense that ASEAN wants to provide easier travel services for their service providers. However, even citizens can enjoy the benefit of improved air, sea, or land travel. Thanks to ASEAN, there are now VISA-free entry countries like Cambodia, Indonesia, and Malaysia. Last October 2017, during the 23rd ASEAN Transport Ministers Meeting, members signed several plans to improve transportation within the region.

Other than better travel options, ASEAN also gives nations within the region to do more trade for goods and services. Tax on imported goods is lowered or even eliminated. Navotas Mayor John Rey Tianco said it best during the 50th ASEAN Anniversary, “A fully-implemented ASEAN Economic Community could mean lower taxes and tariffs for imported goods and this, in turn, could lead to lower cost of living and a greater purchasing power for us.”

With the progressive dynamic between the ASEAN region, with easier and cheaper travel options, goods, and services, it only makes sense that it comes with the extended bonus of better employment opportunities. Take note, the continent makes up one-third of global GDP. You can only expect that Asia will keep doing what it can to maintain and exceed this performance. It’s also highly beneficial to the country’s IT industry, seeing as how ASEAN has 700 million digital consumers. In fact, by 2025, the sector is expected to grow 500% to $200 billion. One of ASEAN’s goals, after all, is to decrease “unemployment and underemployment” across the region.

The Filipinos would have more access to better jobs if they are better equipped for these emerging roles. Thankfully, even the country’s education would be enhanced because of ASEAN integration. For instance, last August 2017, Canada’s Minister of Foreign Affairs announced in the ASEAN regional forum in Manila that they would be offering a $10 Million Scholarship Program to support post-secondary students and mid-career professionals from Southeast Asia. The National University in Singapore offers scholarships for ASEAN countries for graduate coursework. These are only a few of the examples of quality international support for Filipino students.

ASEAN contributes to the advancement of the Philippines as a whole. Because of the incredible support from other Southeast Asian nations, the country is better prepared for globalisation. With the Filipinos’ way of life eventually improved, it will be no surprise if the economy contains to perform well in the next few years. ASEAN is one of the many reasons why the Philippines is in a good and stable pace and potential investors, businessmen, and its citizens need not worry about the country’s stability.

From the success of last November’s 31st ASEAN Summit and Related Meetings, Filipinos should feel proud and grateful that it is building strong ties with other ASEAN members. Each step taken with ASEAN is another step taken closer to a better and stabler economy. Be it travel, goods and services, education and work opportunities — the Philippines is getting closer to tapping into its great potential.